Market of non-governmental organizations is a unique one-day event, which has been growing in size and scope since its inception in 2000. NGOs active in education, volunteering, human rights, environmental and other issues are given an opportunity to present their activities to broad public, establish new partnerships, address potential sponsors and volunteers, and even gain valuable know-how needed for successful NGO-management.

On Friday, April 27th 2009 the Forum 2000 Foundation organized the 10th annual NGO MARKET, which was held in La Fabrika, Komunardů 30, Prague 7. About a hundred organizations attended this year’s market, the majority of them was from the Czech Republic, but there was also an international section where various foreign NGO presented themselves. Namely there were organisations from the Visegrad countries, Poland, Hungary and Slovak Republic, eastern and southern European countries which were presented by the participants of the Forum 2000 Foundation’s international training. This year there also been, for the first time, presented an organization from the Africa, particularly from the Egypt.

The participating organizations were traditionally presenting their activities to wide public, using the panel presentations. This year’s NGO Market was also enriched by the multimedia section, screening the short introductory spots and presenting videos of participating organizations and providing the all-day audio-visual entertaining and very interesting element. For the organisations which could not participate directly on the Market, for the capacity reasons, there were several panels provided so they could present and distribute their materials.

There were also many seminars and debates taking place during the whole day. The first, more a lecture type seminar, was delivered by Doc. Ing. Marie Dohnalova, CSc., from the Civil Sector Department of the Humanities Studies Faculty of the Charles University, focused on the „Social business“. This lecture was followed by the „Senior as volunteers“ seminar, which was held in cooperation with the Voluntary centre of Usti nad Labem and Zivot 90 organization. The morning bloc of seminars was closed up by the lecture of JUDr. Lenka Deverova, from the Council of government for non-governmental organizations, which aimed to inform about the legal framework and activities of the Council. During the afternoon the seminar organized in cooperation with the Regional Advisory Agency, devoted to the project management, which was specially held in both Czech as well as in English language. By the end of the day the debate in cooperation with the DEMAS organization took place. The topic of the debate was „The role of the Czech Republic in the democratisation process“ and the present speakers were Mr. Jan Ruml, form the weekly periodical Respect, and a program director of the Prague Security Studies Institute Mr. Jiri Schneider. All of the seminars and debated were widely attended so the public’s interest only proves their attractiveness and usefulness.

Finally, the traditional announcement of the best presenting organization competition winner was announced. This year it was the FIT-ILCO organisation.

Forum 2000 Foundation would like to thank to Visegrad Fund, Friedrich Naumann Stiftung a Taipei Economic and Cultural Office in Prague for their support to the 10th annual NGO Market. The media partners of this year, which were the weekly periodical Respect and Radio 1. Special thanks go to Dopravni podnik Praha, particularly for distribution of the posters in the Prague’s trams and for promotion to weekly periodical Houser, daily mail Metro and a DPP’s brochure „Through Spring City“. The 10th Annual NGO Market was also sponsored by the Regional Advisory Agency, portal OS Noviny.cz, magazine Navychod, Youth in Action agency, Coca-Cola Czech Republic and information portal Borovice.cz.

Last but not least, the huge thanks belong to the volunteers which devoted their time to the organisation and helped the very realization of the NGO Market. 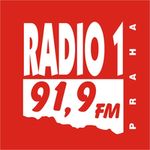